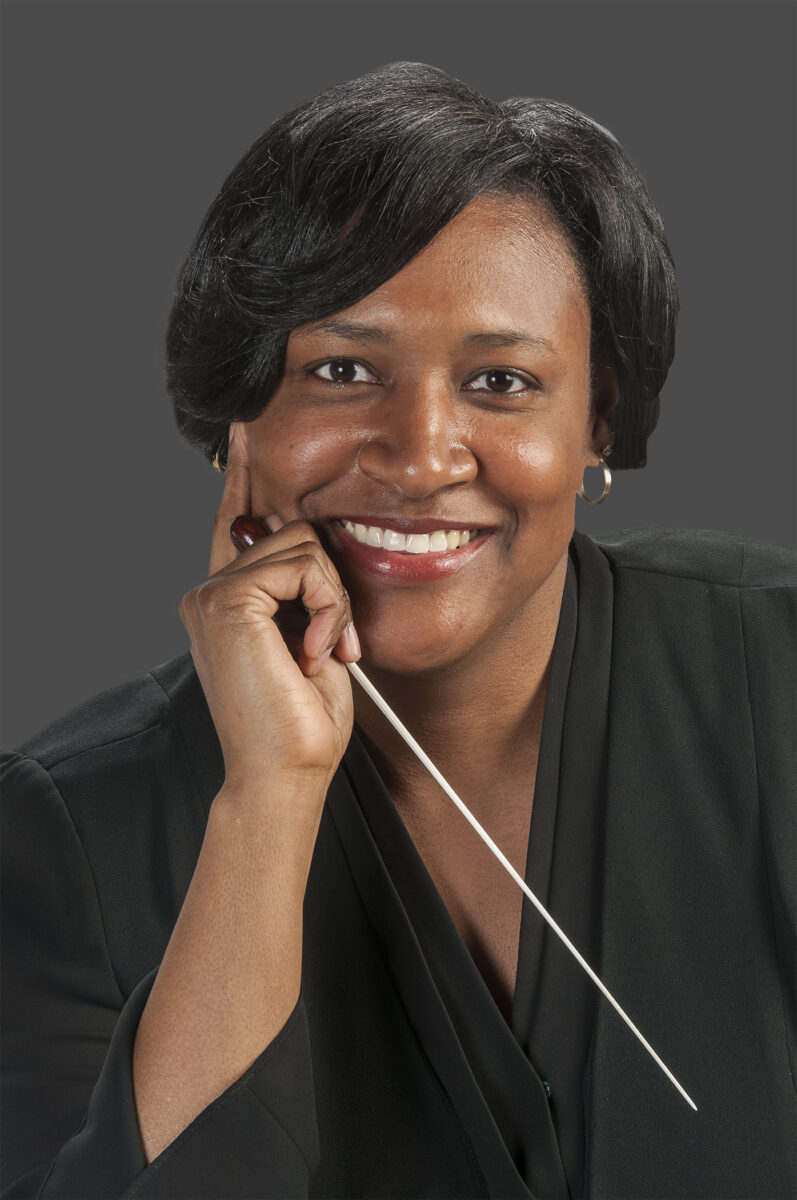 Ms. Garrett earned her Bachelor of Music Education degree from Chestnut Hill College, and a Master of Music degree in String Pedagogy from Temple University’s Boyer College of Music. She has studied violin under Booker Rowe of The Philadelphia Orchestra and the late Helen Kwalwasser of Temple University. In addition to her violin studies, Ms. Garrett has taken an advanced conducting course with Maestro Luis Biava and is coached and mentored by Maestro Gary White.

Ms. Garrett previously served as orchestra director at Germantown Friends School, The Haverford School and with the El-Sistema program Play On, Philly!. During the 2018-19 season, she was a conducting fellow with the Allentown Symphony under Maestra Diane Wittry. Ms. Garrett has attended conducting workshops at The Juilliard School, Oberlin Conducting Institute, the Bard Conservatory, New York Conducting Institute, and Smoky Mountain International Conducting Institute.  In January 2020, Ms. Garrett was one of nine conductors chosen to attend the winter workshop/concerts with the prestigious Pierre Monteux School.

Maestra Garrett is an active clinician and featured guest conductor at PMEA and BCMEA music festivals.  She is also an adjunct instructor of OWLchestra and the ensemble librarian for the instrumental music department at Temple University.